Here at the city we spend a lot of time with water. From residential utility service, to stormwater programs and the Wabash River, this vital resource is at the core of many of our quality of life initiatives. In 2016 we kicked-off a year-long #WaterWisdom campaign aimed at educating the public, sharing the facts, dispelling the myths and recognizing city staff that are on a mission to make Lafayette as sustainable and healthy as possible. Each Wednesday we shared the impact water has on our community and brought awareness to the programs that make our local water practices the best you’ll find anywhere. Here’s a snapshot of our #WaterWisdom campaign. 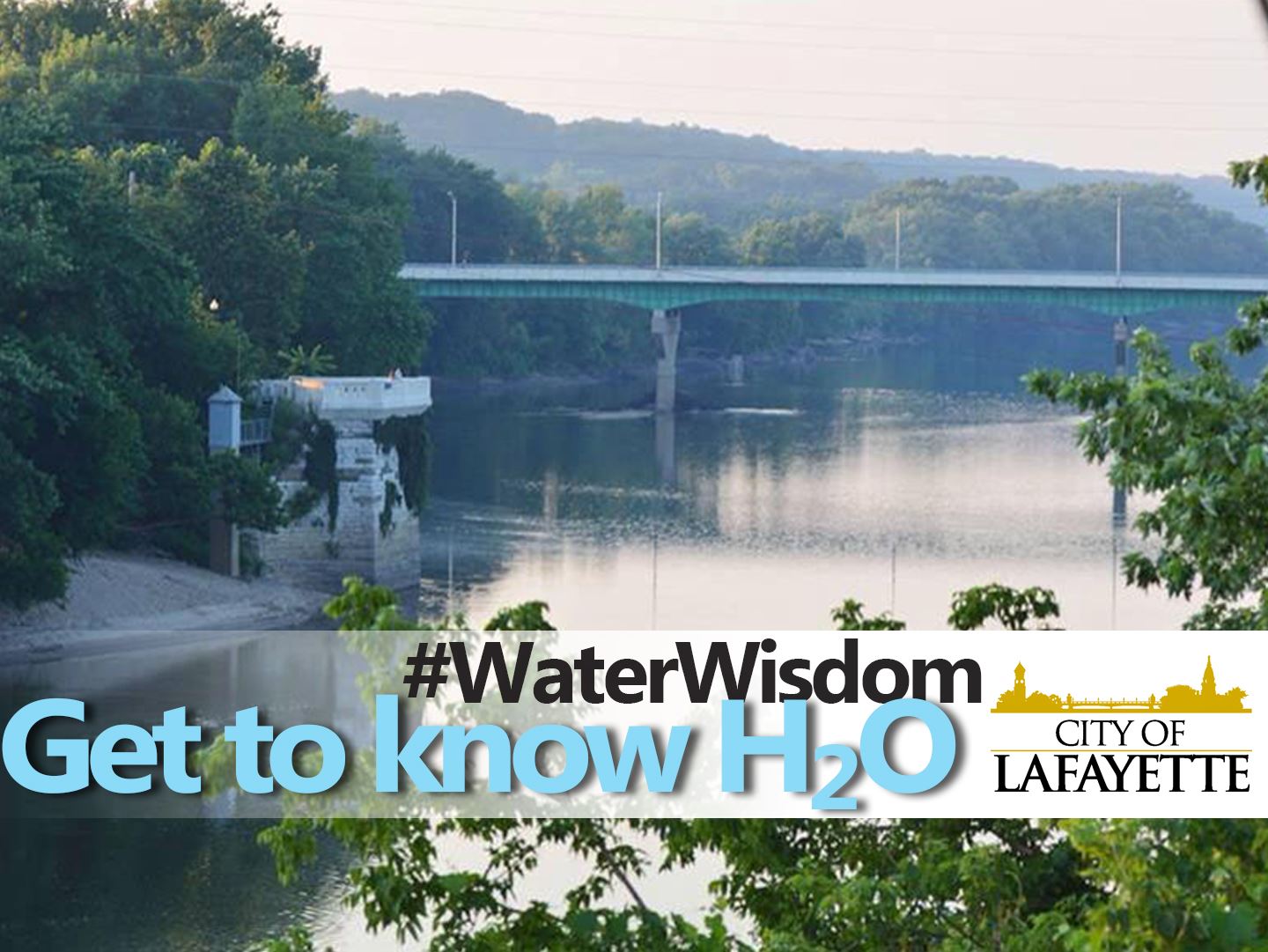 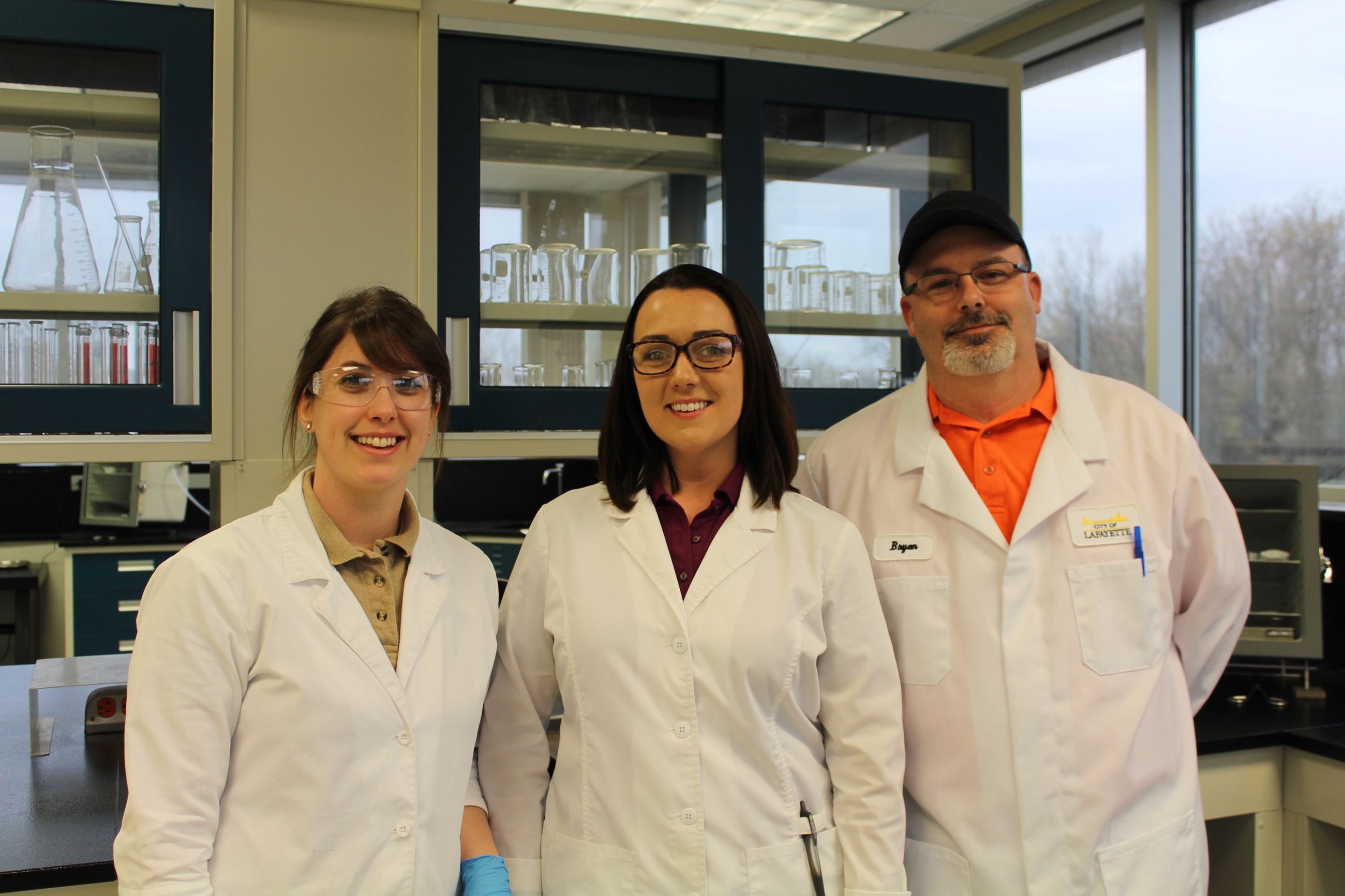 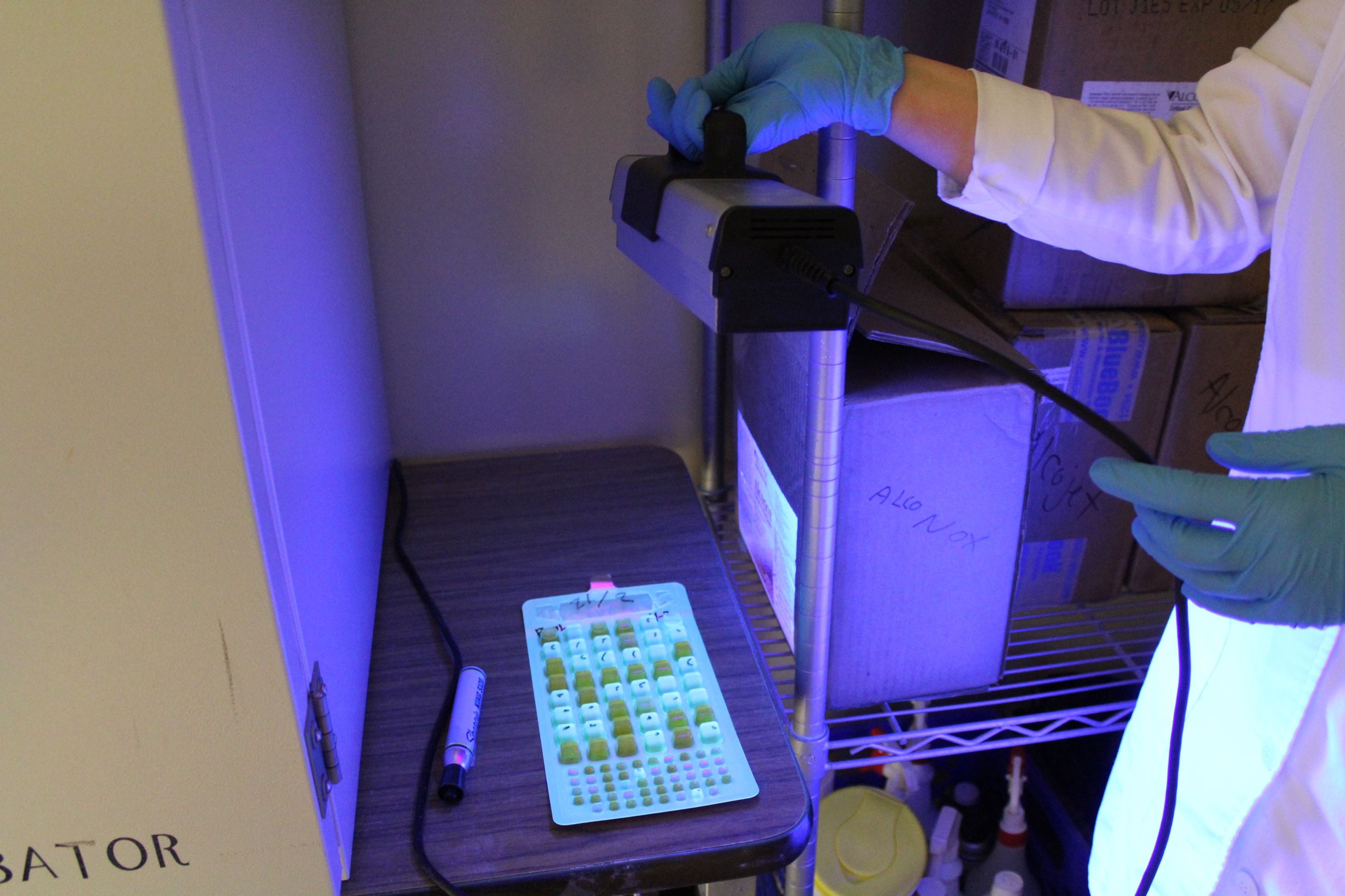 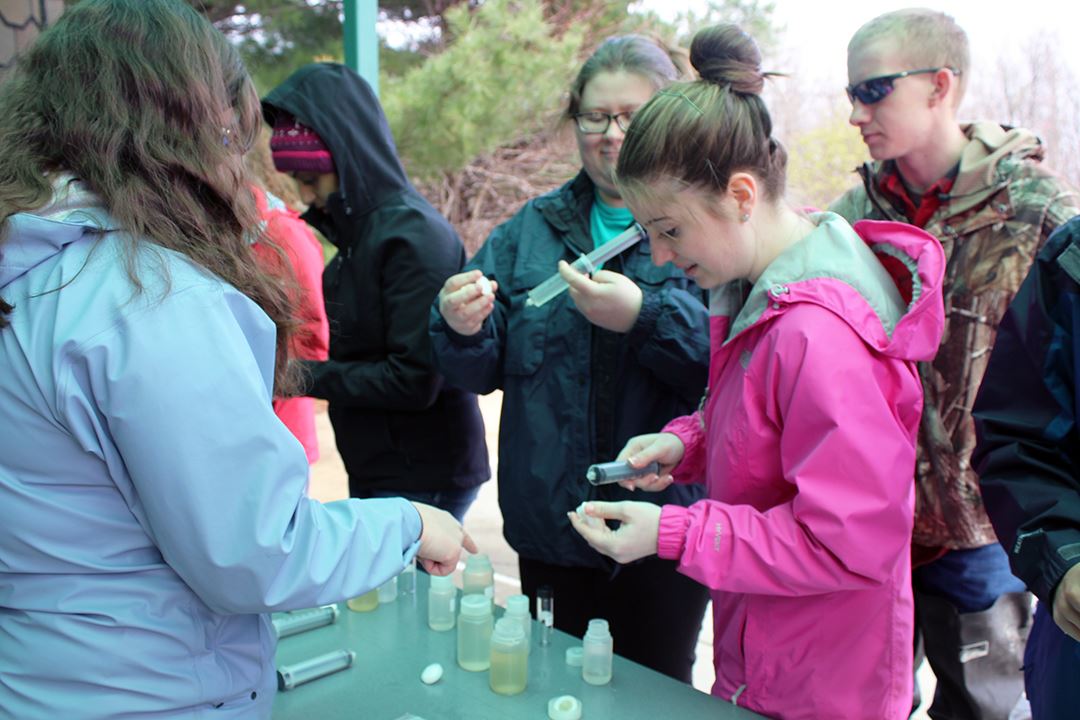 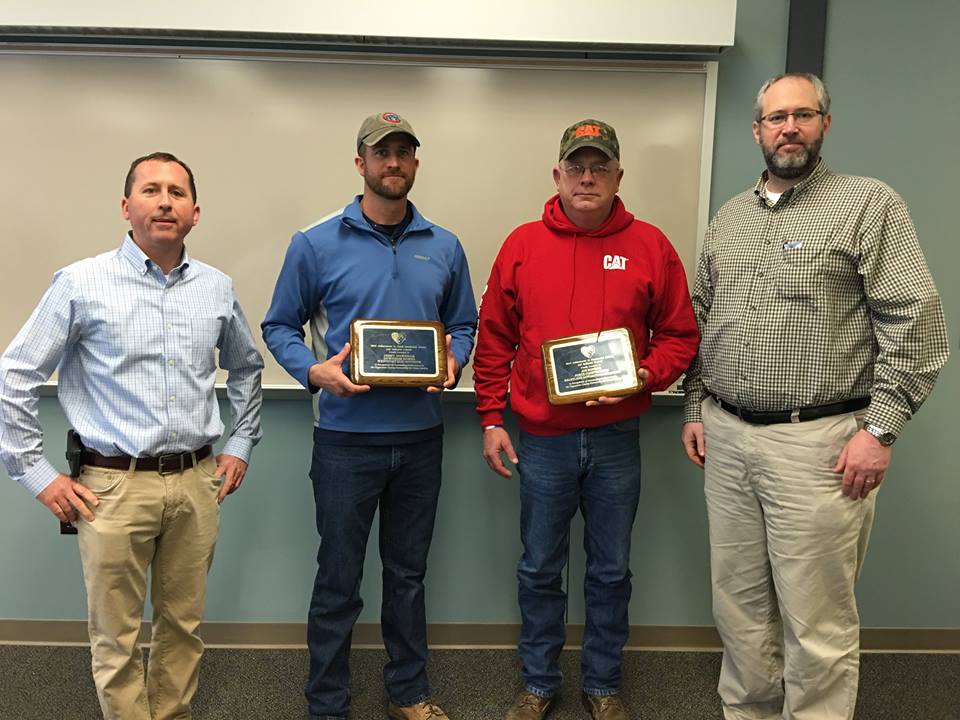 The Lafayette Water Pollution Control Department (WPCD) lab consists of two, full-time lab technicians as well as a lab chief, that spend each and every day analyzing the water that comes through the wastewater treatment plant. Lafayette boasts one of the nicest wastewater labs in the state, and plays a critical role in protecting the health of our residents and the environment. Laboratory technicians perform more than 24 tests each day, measuring everything from phosphorus to pH, and report results to the plant operators so they can adjust treatment as needed. The lab also monitors local ditch, creek and river water, as well as wastewater from local industries. WPC is dedicated to controlling pollution in our waterways through the most efficient, cost-effective ways possible.

Each year the Tippecanoe County Partnership for Water Quality (TCPWQ) presents awards to construction businesses for their exceptional efforts in building site erosion control. The purpose of the awards is to recognize contractors that excel in their efforts to prevent pollution from running into streams and rivers in Tippecanoe County during construction work. The 2015 award winners were: Residential: Jerry Downham of Downham Homes; Large Residential: Bill Bayley of Tempest Homes; Commercial Project: Joe Hopkins of Force Construction and Public Works Project: Tony Tolle of Fairfield Contractors. Thanks to the commitment and high environmental standards of business like these, our local waterways remain healthy and sustainable.

Since the fall of 2009, volunteers have come together to complete a snapshot assessment of water quality throughout the Wabash River watershed region. In the spring of 2011, efforts were expanded to include sample sites within the Wildcat Creek watershed. Teams monitor temperature, water cloudiness (turbidity), nutrient levels and pathogen concentrations. Last week the City’s Wabash River Enhancement Corporation WREC had nearly 200 volunteers collect a snapshot of the water quality of the Wabash River, Wildcat Creek, Deer Creek, and their tributaries. The more we know about the water that surrounds us, the more we can ensure a healthy environment for our community and wildlife. For this year’s sampling results visit www.wabashriver.net.

A variety of environmentally focused TEDx talks have been led by Purdue and Lafayette community researchers. A breakout session featured Sara Peel with the Wabash River Enhancement Corporation WREC. Sara talks about how to be a good river neighbor and discusses ways our community can better understand and connect with local waterways.

The Wabash River Enhancement Corporation, in cooperation with the Indiana Department of Environmental Management and many other partners, continually work to improve water quality in the Wabash River watershed. Best management practices, such as rain gardens, rain barrels, previous pavement, urban retrofits, and tree and native plantings installed throughout Greater Lafayette work to reduce sediment and nutrients from entering the Wabash River. For more information click here: www.wabashriver.net/watershed-front/

We are excited to announce two of our Water Works Department employees, Leslie "Chris" Landrum and Rick Ross, received the Dr. John N. Hurty, M.D. award for their 25 years of public health service. The Indiana Department of Environmental Management, in tribute to this great pioneer of safe drinking water in Indiana, recognizes certain individuals who have shown dedication in the water works industry in the State of Indiana. Dr. Hurty, who served seven consecutive terms as secretary of the State Board of Health, is considered to be one of the most outstanding health officers ever to have served in this or in any other state. It was more than a hundred years ago that Dr. Hurty began his career as a tenacious fighter for sanitation standards, clean water, pure food and drugs, and disease prevention. In 1922, after serving 26 years as the head of the Indiana State Board of Health, Dr. Hurty resigned and was elected to the Indiana General Assembly.

Purdue University students worked with Wabash River Enhancement Corporation WREC to install one-of-a-kind rain garden. A team of Purdue engineering students from the Environmental and Ecological Department as well as the Mechanical Engineering Department received three WREC grants to help fund these projects. One of the projects is located at Fire Station #8 and two others are at the new Food Finders Food Bank, Inc. facility and Christ United Methodist Church. The goal is to “green” the grounds of these facilities and remediate stormwater runoff, ultimately improving the water quality of the Wabash River. It’s from great partnerships such as these that help increase sustainability within our City. These projects were installed for the Lafayette community guided by efforts from Purdue design teams and WREC. More information on projects like these can be found at www.tippeconow.com. 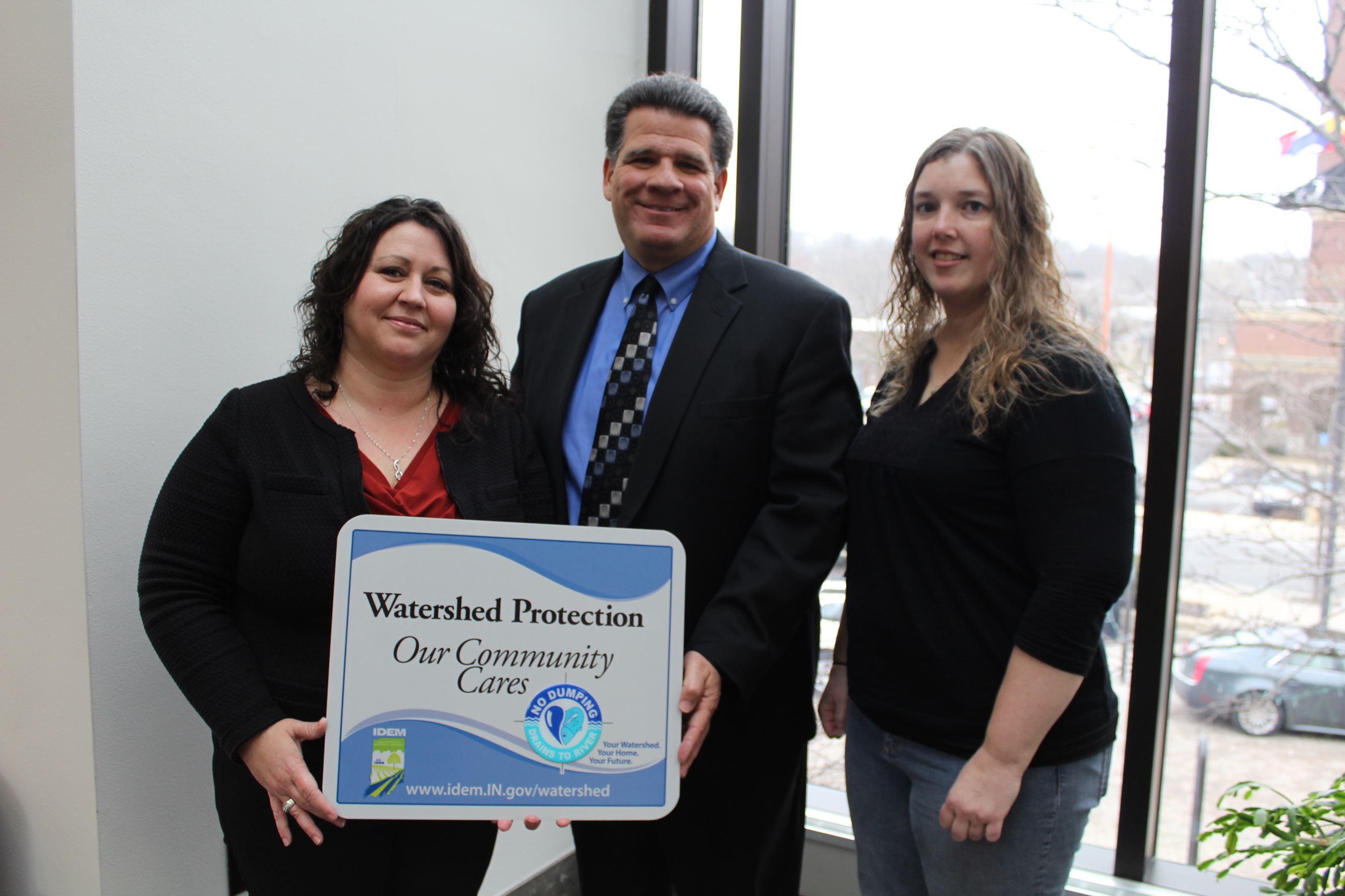 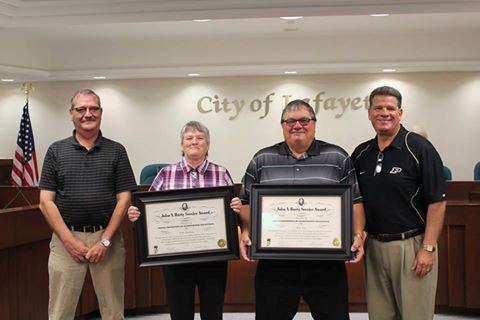 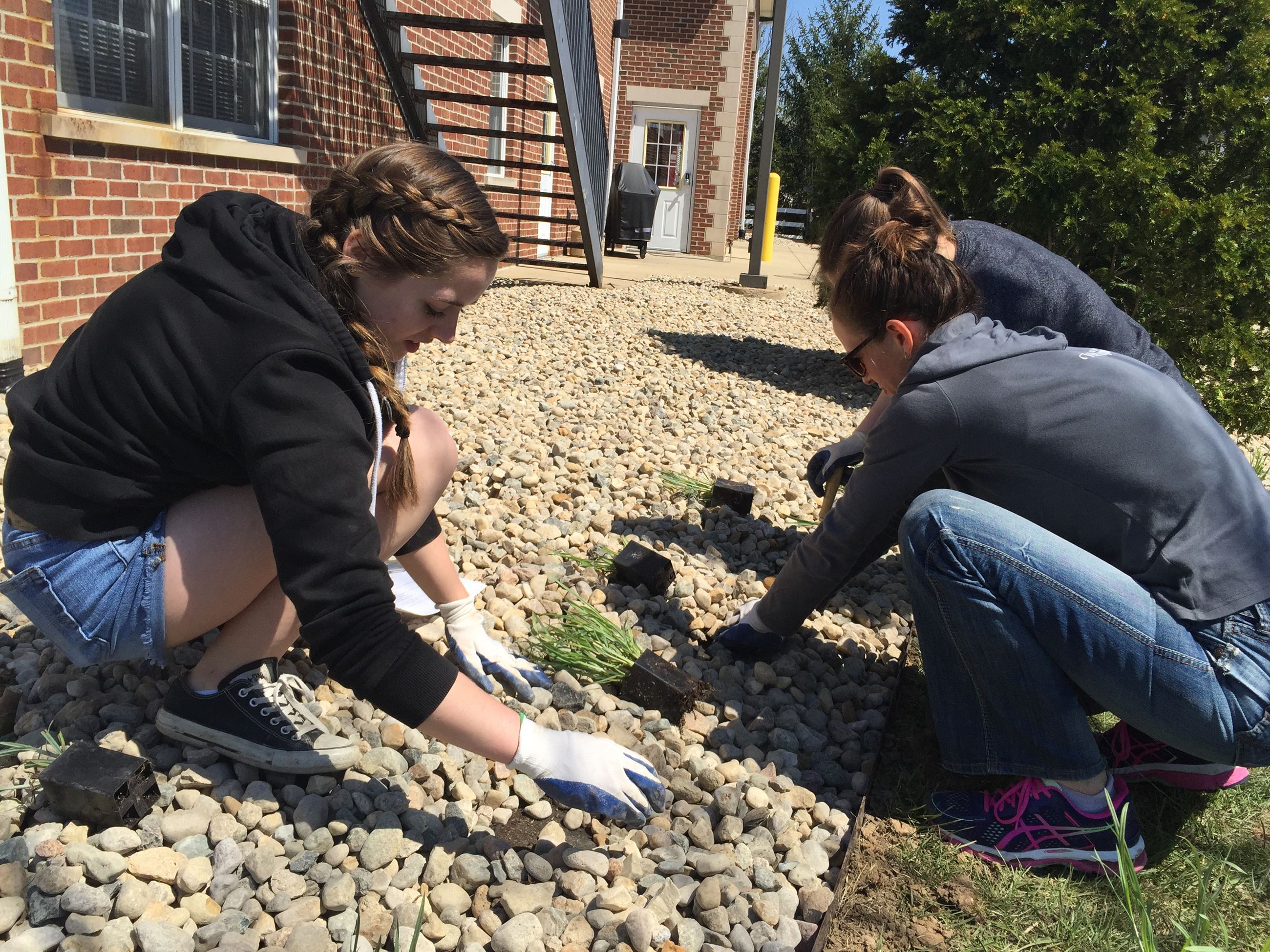