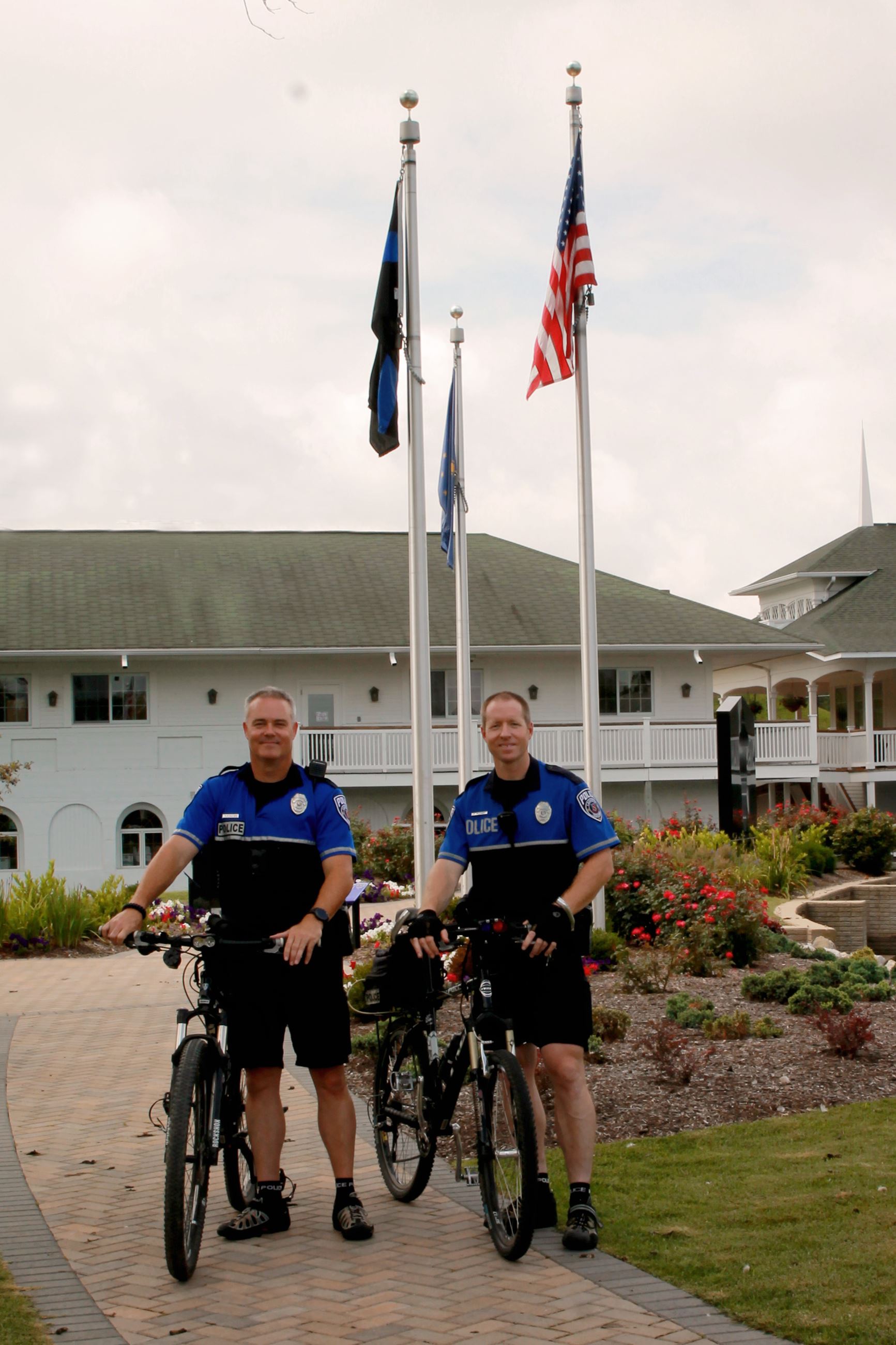 In response to growth and demographic change in the downtown area the Lafayette Police Department started a Bicycle Patrol program in June 2004. The presence of many more visitors in the downtown area, especially during the evening hours, as well as the addition of many more downtown residences over the past several years, was a major consideration in the creation of this unit. Officers on bicycles are much more approachable by pedestrians in an urban setting such as our downtown area. These officers are also much more aware of their surroundings but still maintain a means of conveyance to respond to calls within a given area in a rapid manner. Police Bicycle Patrol programs have found great success in urban settings throughout the U.S.

Research into the project was started during late 2003 when Officer Greg McDaniel observed the operations of other bike patrol programs, most notably the Indianapolis Police Department, where bikes are used extensively in their Central (Downtown) District. In fact, according to the International Police Mountain Bike Association, more than 2,200 departments in 43 states are using bike patrols.

Officers deployed on bikes are invaluable for community events like the Taste of Tippecanoe as they can effectively patrol in high vehicle and pedestrian traffic areas and provide a highly visible police presence. These units can also effectively patrol city parks where vehicle access is limited. Other benefits of a bicycle patrol are that officers become much more approachable on bicycle than in an enclosed patrol car that is moving with the traffic flow. We discovered that very little is lost in the way of response time to calls by officers on bikes compared to officers in cars. In a downtown setting, during high traffic conditions the bicycle officer can often arrive before the officer in the car.

In keeping with our Mission Statement, "to efficiently provide quality police service to our community by promoting a safe environment through a police-citizen partnership, with an emphasis on mutual trust, integrity, fairness and professionalism", it is the goal of the Bike Patrol to provide a presence in the downtown business area, interface with the public, respond to emergencies, improve the quality of service to the downtown area and nurture a police-citizen partnership and mutual trust.

The Lafayette Police Department Bike Patrol consists of 10 officers. Lieutenant Jay Rosen supervises the program. All Bike Patrol officers attended a 40-hour bicycle-training course after being selected. The training covers a wide range of topics, from personal fitness to bicycling techniques in an urban setting.

Patrol Area
The Bike Patrol will most often be seen during the evening hours in our downtown area with a particular concentration in the area of Riehle Plaza. It is a goal of the program specifically and the Police Department in general to create an environment where the average citizen feels safe to walk downtown after dark. Occasional assignment may be made outside the Downtown area as needs arise. Bike Program officers will also take part in educational programs for cyclists about state law and city ordinance concerning bicycle operation.

Company Sponsors
The specialized Trek bicycles and accessories were purchased through Hodson's Bay in West Lafayette. State Farm Insurance in West Lafayette also contributed with support by furnishing a satellite office for the program. The Lafayette Police Department wishes to thank these companies for their assistance with the program. 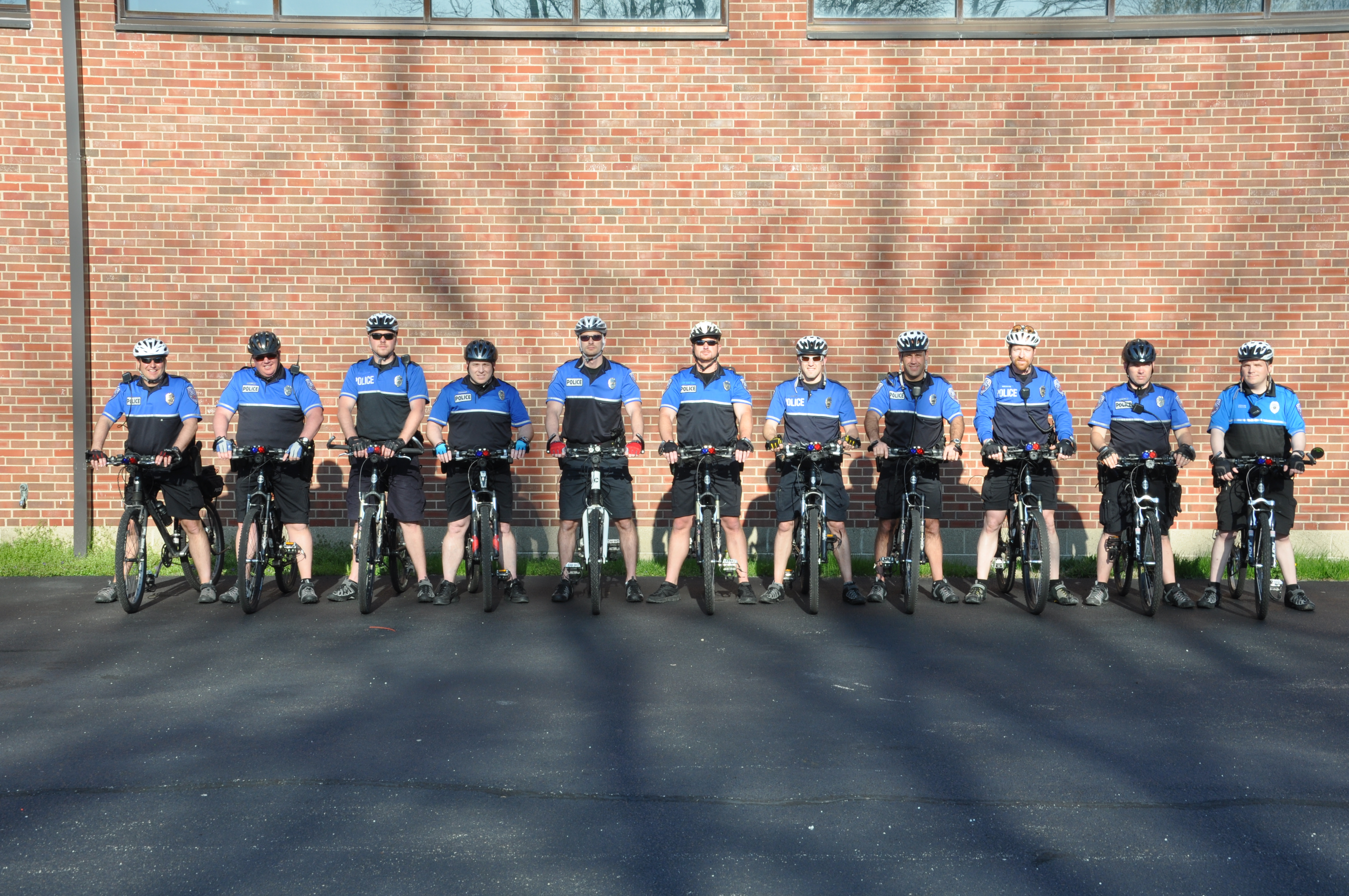